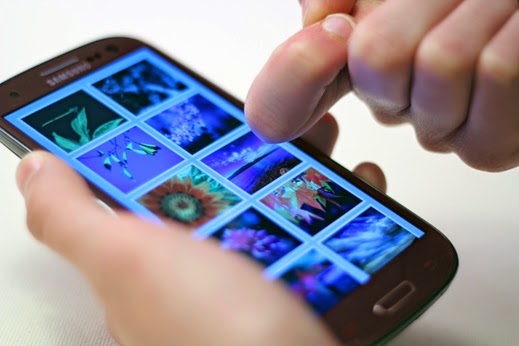 Touch Screen or also called The screen is a touch screen that can interact with the user through the touch of a hand on layarnya.Sensor found on the touch screen is in the form of a panel of glass surface is able to capture the response to a touch on the media, also known as touch sensors.

Right now most people are already using the mobile phone, which has a touch screen facility, because it serves to facilitate a person to operate the mobile phone. So with a touch screen monitor that also facilitate a person in running a program that can interact directly with us.
How it Works Touchscreen
A touchscreen display simplest consists of three main components in the work. The components are as follows:
1. The Touch Sensor
2. Controllers
3. Software drivers
Touch Sensor
Touch sensor is an outside layer of the receiver input of the monitor.
Input from the touchscreen is a touch, hence the sensor is also a touch sensor.
For more details about touch screen, view this video